The Chronicle of the Horse in Art

I am very pleased to announce that my pastel painting of Flatterer has been included in the National Sporting Library and Museum Exhibition: "The Chronicle of the Horse in Art". This show celebrates the best Chronicle covers over the past 70 years!
Dates August 26-March 26
Member preview reception is August 25
The painting appeared on the Steeplechasing Issue, Friday, January 18th, 2002, and is in the collection of Mr. & Mrs. William Pape. Mr. Pape also commissioned me to do ...two exact copies of the painting for Flatterer's co-owners, Mr. Jonathan Sheppard, who trained Flatterer and Mr. George Harris. Flatterer won the Eclipse Championship four times, in 1983,1984, 1985 and 1986. He was retired to Bill Pape's My Way farm in Unionville PA, where he lived to the ripe old age of 35.
Here's the link to the National Sporting Library & Museum:
http://www.nationalsporting.org/nslm/exhibition_details/501 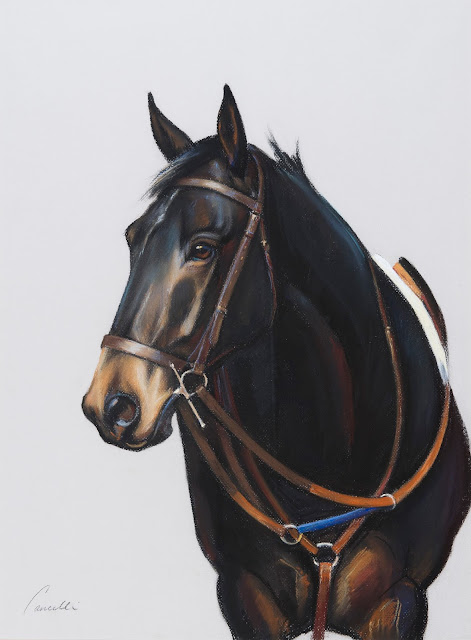 Posted by thefoxsbrush at 9:27 AM